The Tweet That Cost $1.3 Billion – Is Snapchat In Trouble?

It’s not been a good year so far for Snapchat. It began the year dealing with the backlash to a major redesign that its own staff predicted would be unpopular (more on that in a second), and in the months since, the company has since been the unwilling subject of a lot of harsh scrutiny by both the mainstream media and its own user base. On top of all that, it’s had to reckon with a few PR disasters which have done nothing to help its image. It’s no wonder lots of businesses are asking: is it still a viable marketing platform?

Well… I know what I think, but let’s take a look at the facts first, so you can be the judge!

Late last year, Snapchat introduced a dramatic redesign of its user interface, and by February those changes were rolling out on a global scale. Apparently, the redesign was in the works for quite some time. According to Snapchat’s CEO, an enduring criticism of the platform from new users is that it’s too confusing or difficult to navigate, and Snapchat’s redesign was supposed to fix all that. Ironically enough, the vast majority of its users think it’s done exactly the opposite, making what was a relatively intuitive platform needlessly complicated. More than 800,000 people have signed a petition asking for it to be changed back. Snapchat has dug its heels in, though, saying it’s not possible to revert back and urging their users to give it a chance.

Very few people have been reassured. Amongst the critics is Kylie Jenner, a US reality TV star and social media powerhouse who also happens to be one of the platform’s single most influential users. In February, she tweeted this: “sooo does anyone else not open Snapchat anymore? Or is it just me… ugh this is so sad.”

The stock market reacted. That single tweet sparked a 6% fall in the company’s stock, tanking it to the effect of roughly $1.3 billion. She issued a follow up tweet a short time later, reassuring her followers that Snapchat was still ‘her first love’, but the damage was already done. Again – I feel the need to stress this – over a billion dollars’ worth of it.

So that was just February. Yup, there’s more! March brought another massive PR cockup for Snapchat. In fairness to the company, the offender wasn’t technically Snapchat itself. It was actually a third-party video game, entitled ‘Would You Rather’, advertising itself through the platform with an ad that asked users if they would rather slap Rihanna, or punch Chris Brown. (Not my words – theirs!) In equal fairness, all advertisements that go through the platform have to get approved by Snapchat itself, so there’s no denying the company dropped the ball from a pretty significant height on this one.

Snapchat acted as swiftly as it could, issuing immediate apologies through its spokespeople and quickly shutting down the advertising campaign. It was too late to placate Rihanna though, whose official response to the incident included the phrase “shame on you”, specifically directed at Snapchat. (Ouch.) Many of her fans boycotted the app in solidarity. The upshot was that Snapchat’s stock nosedived again by another 4.6%, which is about $800 million. On the whole, it was a pretty expensive faux pas.

Should You Still Be Using Snapchat?

It remains to be seen how much of a permanent dent all this will make in Snapchat’s reputation. Now, I’m not necessarily saying that you should completely write Snapchat off. After all, Snapchat Ads are viewed up to a million times per day, and at last count, Snapchat’s video views are still massive enough to rival Facebook’s. Plus, even amongst all this unwelcome media attention, hundreds of thousands of people are still joining Snapchat all the time. The question for the company is whether they’re going to be able to keep up that growth.

Happily, that’s not your problem though. For your own social media campaigns, the main issue you’ll want to focus on is whether Snapchat is right for your business. Remember, 60% of Snapchat’s users are between the ages of 18 to 34, so unless your customers fit within that specific demographic then you’ll probably want to consider alternative platforms. Facebook and Twitter, for example, both have much broader demographics, as does Instagram – which is arguably more useful for businesses as a platform for visual content.

As 21Digital Agency Social Media Executive, I’ve got plenty of experience in using all of these to create tailored social media campaigns that deliver tangible results for our clients by fulfilling their specific commercial objectives. For example, Haute Dolci, the North West’s newest luxury dessert experience, recently tasked us with creating an organic social media campaign to increase brand awareness and drive engagement. Stay tuned into our blog in the coming weeks to find out how we delivered them fantastic results, or alternatively give us a call on 01254 660 560 to see what we can do for your business! 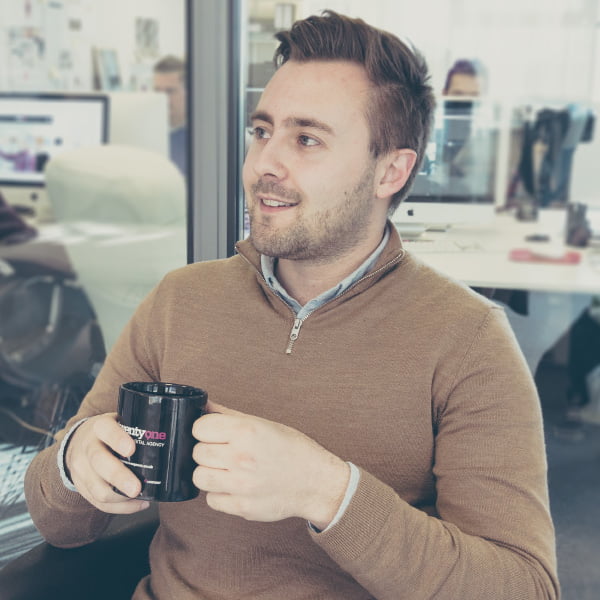