Mailchimp Demonstrates How To Get A Rebrand Right

It can be so easy to screw up a rebrand. There’s no shortage of examples if you’re looking out for them. Lots of us are keen footy fans here at 21Digital Agency, so we couldn’t help but notice the controversy over the Leeds United badge earlier this year, which replaced the historic badge with the ‘Leeds salute’ of a clenched fist across the chest. Some fans compared it to a box of Gaviscon, which was one of the kinder comparisons (with the word ‘fascist’ being mentioned amongst the unkinder).

So if you’re thinking about your own rebrand, how can you learn from those sorts of mistakes? Well, for one thing, you could always take a gander at Mailchimp’s. Theirs hits all the right marks: it’s not ‘dumbing things down’, it doesn’t depart from their core identity, and they’re moving in a clear direction with it. In short, it’s got all the hallmarks of a rebrand done right.

Key features of the Mailchimp rebrand

Mailchimp have actually undergone several rebrands before. Their last was in 2013, when the typeface of their famous logo was made lighter and more legible. That was mainly just a light refresh, though, mostly limited to the typeface. This one is more in-depth, encompassing their entire brand identity. It comes courtesy of Collins, who worked alongside the Mailchimp’s in-house team.

The new redesign covers an updated wordmark and logo – the famous Freddie the chimp – alongside a new typeface, (Cooper Light, if you’re interested) as well as giving a burst of vibrant yellow to its colour palette, and breathing fresh life into the visuals through new imagery and illustrations.

For their logo they’ve dropped the camelcase, capital C styling. This means it’s not MailChimp anymore, but Mailchimp, reflecting the fact that they’re not just an email marketing platform anymore. They’ve also scrapped the loopy calligraphy-style of the logo, replacing it with a wordmark that’s simpler in appearance, but has got the same sort of chirpy personality, backed up by the flash of colour from their new Cavendish yellow colour scheme.

Most obviously, in the words of their CEO, their cheeky monkey mascot Freddie “got a haircut”. Instead of the relatively detailed illustration of his previous years, he now appears as a single-colour silhouette, allowing him to feature alongside the wordmark as a more unified system. I’ve noticed he’s also giving us a little wink as well, which is cool, and it appeals more directly to the viewer.

What makes the rebrand so good?

Personally I think it’s a great rebrand, mainly because it’s got three main things: personality, practical advantages, and flexibility for growth in future. Mailchimp have always been big on design and personality – their CEO started as a designer, and they’ve explicitly said they don’t want to lose that personality by getting bigger and ‘sleeker’ (read: colder and more corporate) as they grow.

The logo is simpler, sure, but it also doesn’t lose that sense of fun and friendliness. American clothing brand Gap and – more recently – social media platform Pinterest both fell into this trap in their respective rebrands. Basically, they scaled back their logos, and accidentally stripped out most of what made them unique in the process.

There’s a handy practical behind-the-scenes benefits for both Mailchimp and their clients, too. As I mentioned, one example is that Freddie’s simplification makes him more versatile, so he can now easily appear anywhere alongside the wordmark as a more unified system, honing in on their brand recognition. In the past, depending on where you were looking, sometimes you’d see Mailchimp’s logo and other times you’d see the typeface. At times, the relationship between them wasn’t immediately clear, and the rebrand seems to have sorted that.

Mailchimp is thinking ahead

To be honest, the main thing I like about it is that it’s clear the team at Collins and Mailchimp were thinking about the past, present and future.

This last bit is particularly smart. It allows them to keep evolving and developing their visuals naturally, rather than fixing themselves on one specific style and doing it to death until the next big re-brand.

Quick fact for you: 94% of first impressions customers form about your website are design related, so it’s definitely not something to be put on the back burner. Web Design has been one of our core services ever since Michael and I first founded 21Digital Agency all the way back in 2003, and we’ve always crafted truly beautiful websites for our clients. You can see just a couple of examples in our case studies, or give us a quick call on 01254 660 560 to find out how we can help you make it on the web! 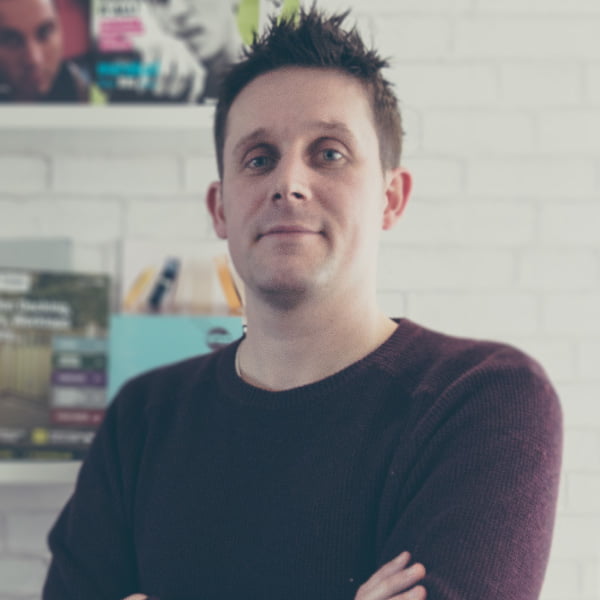 Our Head of Creative Steven Taylor has over 15 years experience in the world of design, working with a multitude of local SME’s and high profile brands across a broad range of industries. Having originally founded 21Digital Agency together with Head of Development Michael Cain, Steve typifies our ‘results focused’ approach to design.